by Rishi Chauhan
in Press Release
0

Kinder Sports and GHMC have come together to promote an eco-friendly Ganesh Visarjan solution, where large portable swimming pools will be used to immerse the idols of Lord Ganesha made from Plaster of Paris or PoP&clay ,rather than natural water bodies like rivers and lakes.

Hyderabad, Telangana, August 31’ 2022: The Greater Hyderabad Municipal Corporation (GHMC) has announced that it will be using portable swimming pools for Ganesh Visarjan or idol immersion during the Ganesh Festival in 2022. This initiative,associated with Pune-based Kinder Sports, comes after the decision of the Supreme Court to prevent Ganesh idol immersion in Hyderabad’s Hussein Sagar Lake.

The pollution of natural water bodies like lakes and rivers has always been a concern, especially after Ganesh Visarjan. The major reason for this is that most Ganesh idols are made of PoP, which can ruin the quality of these water sources. Hence, many states have introduced artificial ponds for Ganesh Visarjan. 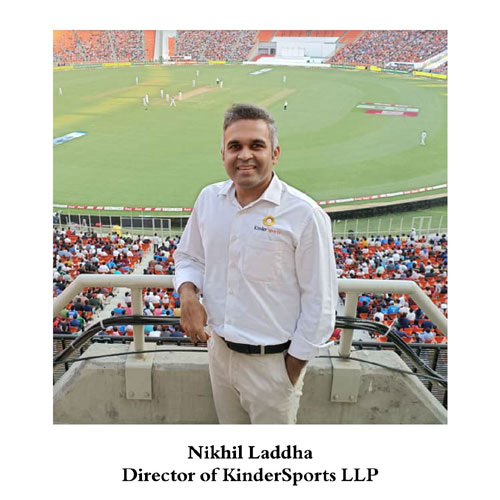 While artificial ponds are a better alternative, they are not without problems. As per Nikhil Laddha, the Director of Kinder Sports, “artificial ponds constructed as idol immersion tanks require a lot of space and cannot be reused for any other purpose.”Empty pools/tanks are safety health hazard

The portable swimming pool by Kinder Sports is an alternative to artificial RCC ponds constructed for immersion in several cities in India. These pools are part of Kinder Sports’ ‘Pool4School’ concept, which aims to provide aquatic education to kids who do not have access to swimming pools. These pools can be dismantled and stored away for later use once the Visarjan process is complete. 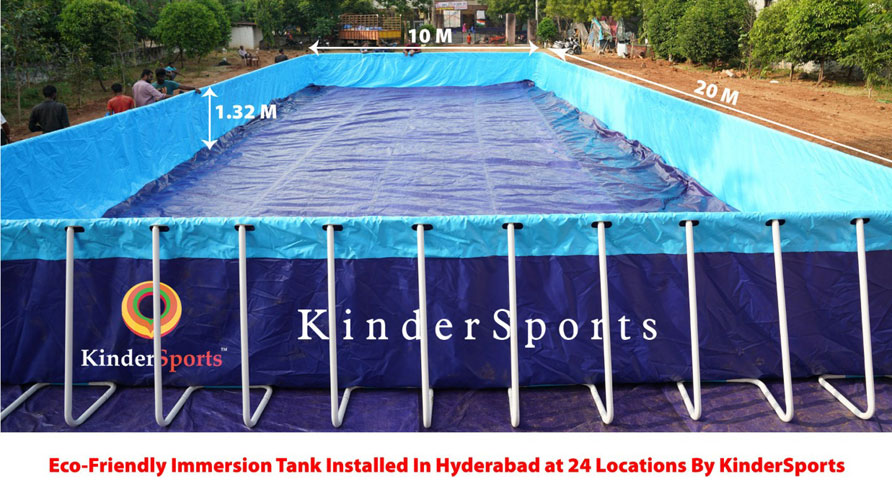 The rectangle-shaped portable swimming pool measures 10 m X 1.32m X 20m. It is made of Flexible Industrial Grade  PVC Fabric material. It is light yet sturdy and can be easily deployed on any structure, including above ground, insmall inaccessible areas, and even on the top of high raise buildings. There is no need for excavation or any kind of permanent structure or construction for installing this pool. Moreover, the installation and dismantling processes are quick and do not take more than a day.

Another major feature of the portable swimming pool is that it comes with an anti-tear fabric, which makes it perfect for rough and multiple usage. Moreover, the anti-rust frame ensures that it remains good as new for a long time. The portable pool also comes with its own filtration plant, which ensures that the water inside it is always clean.

As per the initiative, the portable swimming pools will be installed in 24 locations in Hyderabad, including in Mehdipatnam, Goshamala, Jubilee Hills, Karwan, Khairatabad, Hayatnagar, LB Nagar, Kapra, NTR Stadium, Amberpet, Saroornagar, Chikalguda Ground, and Uppal.

As per a spokesperson from GHMC, “these portable swimming pools will be space-saving. Unlike artificial RCC ponds, these pools can be dismantled after the Visarjan, and the space can be used for some other purpose. Moreover, these pools may be reused as swimming pools in various parts of the city during the summer season.” 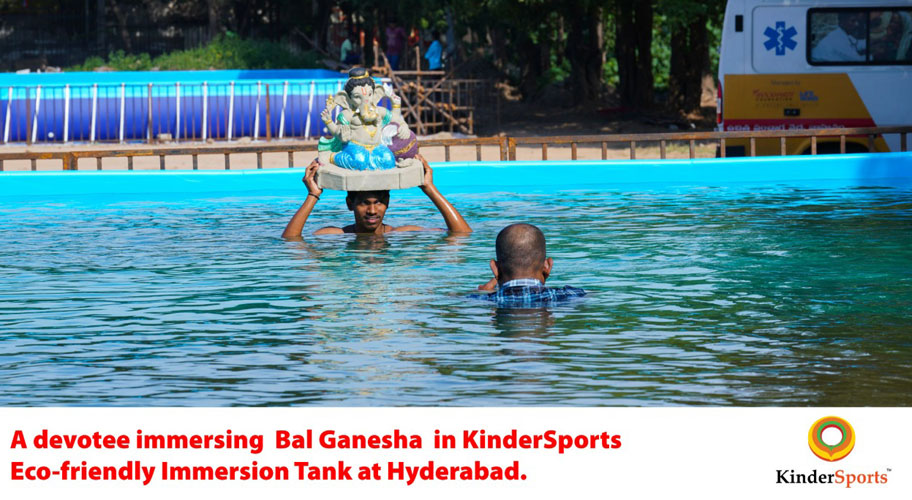 Kinder Sports’ portable swimming pools are feasible froman economic point of view too. While 2,50,000-liter artificial pools are more expensive, a portable pool is only a third of the price.

Another advantage of using portable swimming pools instead of permanent artificial pools is that it prevents major hygiene and safety hazards. “The artificial ponds, if left uncovered, can be the cause of major illnesses as they can become a major breeding ground for mosquitoes. However, as the portable pools will be dismantled after the Visarjan, such safety and health issues can be prevented,” said the GHMC spokesperson.

Read More: Which are the best Financial Modeling Courses in India?

Kinder Sports is a leading sports education company that aims to promote the love of sports amongst school-going children. Kinder Sports believes that introducing sports in school promotes academic learning and overall development of the city. Pool 4 School is one of the main initiatives of the company, the main objective of which is to provide aquatic training or swimming lessons to all children, including those who do not have access to regular swimming pools.

Which are the best Financial Modeling Courses in India?

Sudeep Vishwas – Being A Young Entrepreneur And Setting Examples For Others

Sudeep Vishwas – Being A Young Entrepreneur And Setting Examples For Others

Ansuman Pattanayak Crowned as Entrepreneur Of The Year Award 2021

Sudeep Vishwas - Being A Young Entrepreneur And Setting Examples For Others